The art of craft

The call went out and thousands of North East beer fans listened. A new departure in mass beer festivals is here to stay

While cities such as Leeds, Manchester and Norwich have been forging ahead with ever-more interesting angles on beer festivals, Newcastle – and the North East in general – has been quite content to ply a more traditional route. Our pubs and breweries, on the other hand, have been at the cutting-edge of beer presentation for quite some time but a connected, all-encompassing approach has been conspicuous by its absence.

Of course, we have the Campaign For Real Ale (Camra) beer festivals in Newcastle, Sunderland and Durham – and very good they are too – but beer, with all its “craft” connotations, is moving fast and it’s easy to get left behind.

Then, last month, appearing over the ridge like the US Cavalry, came Craft Beer Calling, an international beer festival featuring more than 50 breweries from around our own doorstep, plus nationally and internationally, bringing 200-odd beers to a venue where world-class DJs and eclectic street food vendors were also invited.

The Boiler Shop at Newcastle’s Stephenson Works could have been made for beer festivals and 4,000 people clamoured for tickets, selling out virtually every session.

“We are lucky to have an extremely vibrant craft beer industry in the North East and we felt it was important to put an event together that brought our local breweries together and put them shoulder to shoulder with the some of the best breweries in the world,” says Craft Beer Calling organiser Dave Stone.

“Our vision for was mainly threefold – firstly, to give the North East brewing community a collaborative platform in which to promote what is happening in our region nationally. Secondly, we wanted to put together a great beer list that would rival any other, and thirdly, we wanted to create an event that was appealing to a broad church of people and thus give a platform to promote great beer to people who may never have had the opportunity to encounter it.” 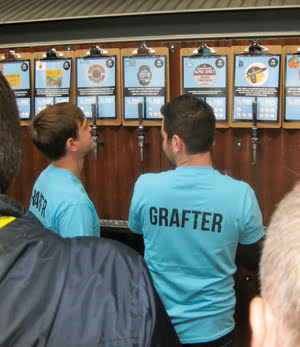 Some of us at this point may be quite confused about what “craft” beer is and how – if anything – it differs from real ale or McEwan’s Best Scotch. Or were people simply attracted by the thought of a beer festival in a historic engine shed?

“The term ‘craft’ means different things to different people,” says Dave Stone. “To us it simply means independent, well made beer that tastes great and is made with passion. We can’t really second-guess other people’s awareness of the term craft beer – but we can be sure that those who attended Craft Beer Calling certainly enjoyed drinking it.

“Bringing in world-class DJs helped the event engage a crowd that might never have thought of attending a beer festival. For this reason it was hugely important. Selling good beer to beer geeks is easy – it happens the world over in relatively small numbers – but our aim was to assist if possible in growing the local beer scene. If half of the people who came for the music then go on to frequent the good beer pubs in the region then the festival will have had a positive and long-lasting impact for good beer. Which is a fact that we feel proud about.” 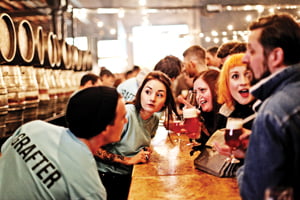 So, could this be the start of a beautiful friendship between lovers of all kinds of beer – McEwan’s Best Scotch included? Can Newcastle top Manchester’s Indy Man Festival or London’s Craft Beer Festival? Cheers North East certainly thinks so – and so does Dave Stone.

“We will do it again,” he says. “Why? Well, plain and simply because we love good beer and if we can assist in publicising the beer scene in the region then we are happy to put the work in to do so. We learnt that beer is an emotive subject that brings out massive passion and deep opinion in people – and we applaud this.

“Beer is important as are the opinions people have about it. Craft Beer Calling 2014 ensured that the subject of beer was firmly on people’s lips. Craft beer called and thousands of people answered that call and we as a region should feel very proud about that.” 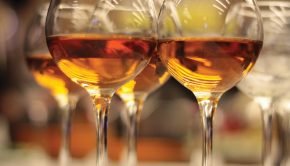 The pub in all its glory → 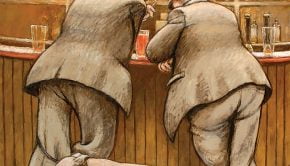