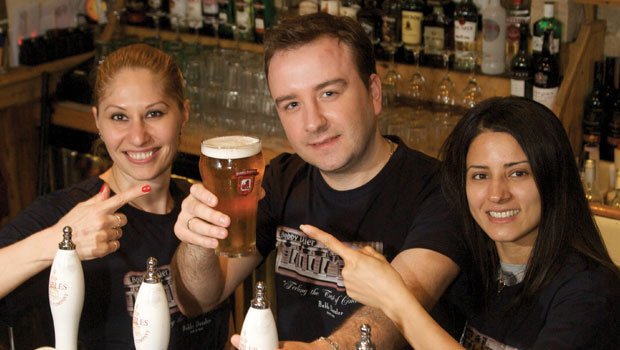 The pub is a great social leveller recognised throughout the world, as Alastair Gilmour reports

Bonny Bobby Shafto lives. He may have gone to sea “with silver buckles on his knee”, but he has also left an international legacy.

Robert Shafto was Member of Parliament for Durham between 1760 and 1768 and the family had connections with Beamish Hall in the county. When in 2004 The Stables brewery, bar and restaurant were set up following the country house’s extensive refurbishment into a top-class hotel, the subsequent beer names reflected their provenance.

Silver Buckles (4.4% abv) celebrates the famous Bobby Shafto nursery rhyme as does Bobby Dazzler (4.2% abv) – an informal term for something or someone of exceptional character. So, when last year a Russian tour guide dropped in on The Stables bar for a nightcap, he was immediately intrigued by the Bobby Dazzler pumpclip.

“I couldn’t believe it, the beer had the same name as my favourite pub in Moscow,” says Yuri Shulakov.

Yuri got in touch with Stables Brewery owner John Taylor, “much drink was taken”, and a cross-continent relationship was set up.

Moscow’s Bobby Dazzler is a huge sports and music pub, used primarily as a meeting place for local Manchester United supporters. Regular beers on the bar include Fuller’s London Pride and Marston’s Pedigree so, being a tour guide, Yuri persuaded the pub owners to include a visit to the brewery that makes Bobby Dazzler during their next annual foreign trip for staff and friends.

“I suggested they should help me make the beer,” says John Taylor. “I tried to send some Bobby Dazzler over there but it just got very difficult. Then out of the blue Yuri contacted me saying he was bringing them over.”

Last month’s two-week excursion from Russia started in Manchester then took in Glasgow, Arran, Edinburgh, Newcastle and York. It was the Bobby Dazzler’s fifth such trip but the first one “up north” where they visited distilleries – Arran and Auchentoshan – and breweries such as Belhaven in Dunbar.

“Bobby Dazzler is doing a great job, it’s by far the best pub in Moscow,” says Yuri. “The beer industry in Russia is still largely based on German lager but we’re trying to introduce an English ale culture.

“The pub’s owners pay for staff to come on the trip to go around good pubs. Last year it was Ireland. Pubs are where the culture is and where the ordinary people are.” 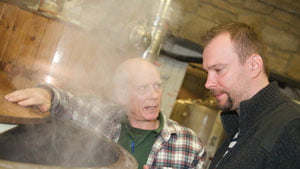 Bobby Dazzler owner Alex Merenkov explains the extent he and his colleagues go to in recreating a little corner of Britain in downtown Moscow – and they have even opened a second English-themed pub called The Kings which features life-sized guardsmen outside the toilets and a huge stone lion like the ones in Trafalgar Square.

“We were looking for a name for the pub, something with an English expression, and came across the slang term Bobby Dazzler which sounded nice,” says Alex. “Britishness is very popular in Russia; many people love England from learning about it at school.

“There are a lot of British traditions that people like and all Russians tend to go to London – but we as the Bobby Dazzler travel club like to go further. We try to educate them through beer and pubs where we’ve met some really nice people. There’s always a great atmosphere in pubs.”

The Bobby Dazzler opened 10 years ago as Moscow’s first British bar – previously the Irish versions ruled the international roost – and there can be up to 24 beers on the bar at one time, 18 of them British, and three ciders.

“Ours is a really popular pub, people stand in line for a table,” says Alex. “We have 120 seats but can accommodate 200 for sports occasions and do 500-600 services a day.

“In The Kings, our new English pub, we have a red double-decker bus that opens at the side to create a bar. There’s an amazing Thames riverside scene on the wall composed by photographer Alexey Kalyan.”

While the object of the Bobby Dazzler travel club is to experience other cultures, Alex Merenkov takes every opportunity to sample British beers to introduce to the bar. He’s even planning a British beer festival in October.

But the basics remain rooted in international friendship – something that politicians of all shades should take to heart. When it comes to pubs and beer there are no such things as borders and language difficulties.

Yuri Shulakov says: “We like to go off the beaten track. I do theme tours such as ale trails with local companies.

“Of course, we do all the sightseeing ‘must-sees’ but we also look at hidden gems through pub culture. They’re the hub of local communities and a wonderful way for travellers to experience local life.”

So to Yuri, Gulia, Iraida, the three Alex’s and the rest of the 18-strong Bobby Dazzler group, plus John and Ray from The Stables, there’s only one thing to do – raise a glass and say “na zdorovje” to pub culture.

Get away with you → 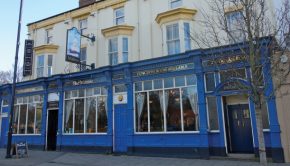 The pie’s the limit →