With our pubs, clubs, restaurants and cafes closed for the foreseeable future, there aren’t many opportunities for musicians to play live in front of an audience. We invited singer songwriter Simma – whose sole income is from gigging – to tell us what lockdown means to him and people like him. And it goes much further than singing and strumming

He writes: “I was on stage when the lockdown started. During my last set, the doors were closed and the people inside were told to drink up and that the bar was shut.

“It’d been spoken about for a while, but I don’t think any of us thought it would really happen, partly because, up until very recently, it was hard to imagine Britain without pubs, gigs and gatherings.

“It was a devastating moment. I haven’t been unemployed since I was 16, and being self-employed, I’ve not had more than a week off in years. The first thing I did was postpone my wedding, which we’d been planning for 18 months.

“Most musicians I know immediately lost all of their income; various schemes and benefits all seemed to have huge gaps which meant most of us didn’t qualify. As far as online opportunities go, everyone who has a ukulele in the loft started making videos on social media, so the pros had to face being lost in the noise of a million Wonderwalls. After years of building up an audience, a reputation and a following, we were suddenly on the same level as anyone with a smartphone and an instrument, all of whom were performing for free.

“In the grand scheme of things, I’m incredibly lucky. My partner has a good job which she can do from home, so nobody is going to starve. What has begun to worry me is that after this, there will be very few working-class musicians left. Only people in very fortunate positions are going to avoid taking another job, which will be difficult to leave when the venues finally open up again.

“Could there be positives? A lot of people I know have become proficient at home recording. Lots of us are getting a ton of writing done, which has meant a boom for new music. This is fantastic for creativity, but online streaming has long since destroyed recorded music as a source of income. I was an early adopter of Spotify – and probably use it every day – but it did mean that the only way to make money from music for most artists was to get out in front of punters.

“This suited me down to the ground, as I’m never happier than belting out songs to a room full of drunken dancers, but lockdown has seen to that for the foreseeable.

“So what to do? I’ve finally given in and had an online gig, which in terms of profile was a huge success. I’ve started a project to put out quirky one-minute songs which seems to be going extremely well. In terms of actually earning though, it’s been selling instruments and doing the odd online lesson – another market that’s been suddenly saturated.

“Nobody who makes music for a living got into it for the money, and we always knew it was a precarious way to make a living. There’s not much we can do now but wait, and hope that people aren’t too afraid of being infected with Covid-19 to come back to venues when this is all over.” 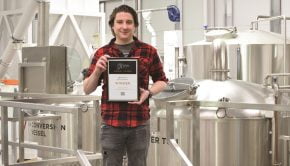